Destination Earth and digital twins – a European opportunity for HPC

Heatwaves, deadly floods, and wildfires are some examples of extreme weather climate change is affecting. Imagine an information system that would help our societies deal with natural hazards, protect our societies from extreme weather and adapt to climate change. Destination Earth is an answer to this need. It is an initiative aiming to develop a high-precision digital model of the Earth to model, monitor, and simulate natural phenomena and related human activities. Destination Earth will help to predict major environmental degradation and disasters with unforeseen reliability.

Destination Earth will be funded through the European Commission’s Digital Europe program over the next seven years, and it will contribute significantly to achieving the objectives of the European Union’s Green Deal. The initiative will start this year, and the implementation of it will be delegated to three international organizations: the European Center for Medium-Range Weather Forecasts (ECMWF), European Space Agency (ESA), and European Organisation for the Exploitation of Meteorological Satellites (EUMETSAT).

The future users of Destination Earth will have tailored access to an information system including, e.g., scenarios, forecasts, and visualizations on extreme weather events, natural disaster evolution, and climate adaptation approaches. Destination Earth is set to serve users on different scales – the future user base will be very diverse.

– You could spin this story from small scales to large scales. The large scales would be governments or even the European Union aiming to shape policies around understood scenarios and possible effects of how such scenarios would actually play out in the future. The information system would also serve individual national governments, explains Dr. Peter Bauer, Deputy Director of Research at ECMWF.

Bauer is coordinating the ECMWF’s contribution to Destination Earth for now, and once the project starts, he will become Director of Destination Earth at ECMWF. He is also in charge of ECMWF’s Scalability Programme, aiming to adapt ECMWF’s forecasting systems to the HPC technologies of the future.

– But you could spin this down to local decision-makers in communities that have to respond to imminent risks about pollution, floods, or landslides as we just recently had in Germany. Also companies, for example, in food production trying to design their systems to adapt so that they can withstand future extremes that might affect the production, for example, wind, storms and flooding. Destination Earth would help to predict their assets better, Bauer continues. 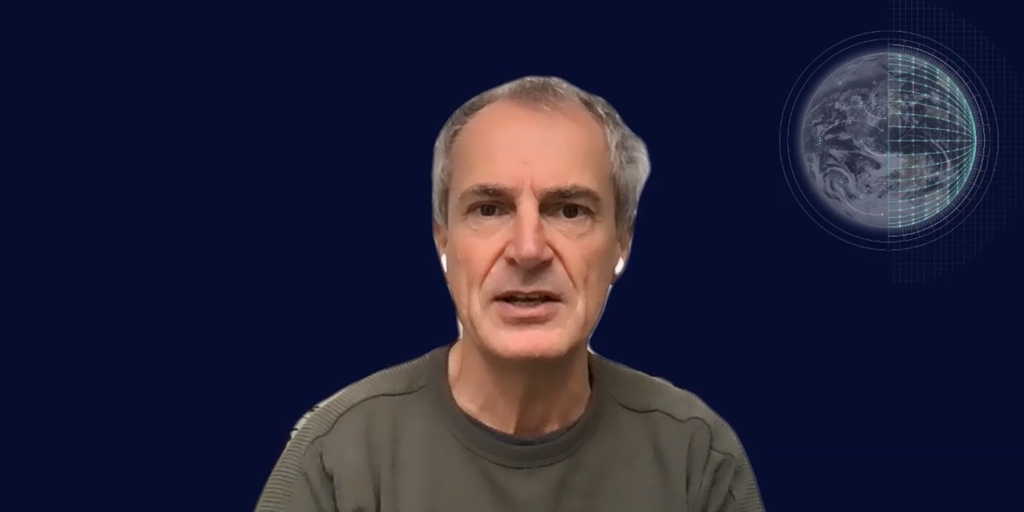 All this is based on Destination Earth’s digital modelling and simulation platform providing access to data, advanced computing infrastructure, including HPC, software, AI applications, and analytics.

Destination Earth is translating digital twins to the Earth system. These digital twins rely on the interactive modelling and simulation platform, including continuous observation, modelling, and HPC simulation, resulting in accurate future scenarios.

– If we can simulate everything that’s going on out there as best as we can with the best possible models run with the best possible specs that are imaginable right now, supported by all the observations that we have from satellites, but even new observations like mobile phones, then you would have an instrument at your disposal which allows you to test scenarios of how to respond to climate change impacts, how to prevent and manage risk in response to extremes, Bauer explains.

All this requires unprecedented computing and data handling resources. Bauer thinks EuroHPC is the only way of achieving the objectives of Destination Earth.

LUMI is mainly a GPU accelerated supercomputer and a key element for Destination Earth to succeed.

– LUMI, in particular, is a very attractive platform, with respect to a number of aspects that Destination Earth will rely on. One is the actual supercomputing task, so accelerated computing, for example, Earth system models. We must rely on GPUs because they promise acceleration in very critical and costly parts of the Earth system model. It’s a compute-intensive and diverse computing task effort, and we believe that only GPU accelerated computing can actually deal with that, Bauer points out.

– The other aspect is machine learning. A lot of information to be extracted for specific applications can only be done by machine learning. These two pillars of extreme-scale computing to accelerate our Earth system model simulations and the very heavy training aspects of machine learning are the crucial bits where LUMI will actually be invaluable for Destination Earth.

So EuroHPC is a crucial element for Destination Earth to succeed, but the story also goes the other way around.

– It’s a two-way benefit. Destination Earth needs to be successful and it will hinge on EuroHPC for achieving this, so we need a dedicated allocation under EuroHPC for Destination Earth to be successful. But then it also works the other way. If you think about the European community, and the individual countries that have made a significant commitment to HPC and investments at European and national scale, that also requires proof that the investment has been worth doing. Protecting our societies from extremes or dealing with the consequences of extremes and natural hazards and adapting to climate change is probably the number one right now in terms of the importance of applications apart from, of course, Covid and pandemic disease research and health aspects. Still, it’s certainly there at the top of applications and therefore an excellent opportunity to show value, Bauer concludes.

Have a look at Dr. Peter Bauer’s interview: