Please find some Frequently Asked Questions about LUMI below.

When will LUMI start to operate?

LUMI supercomputer will start to operate in early 2021. It will be located in CSC’s data center in Kajaani, Finland.

What kind of research questions will be solved with LUMI?

The creativity of European research communities will eventually determine what kinds of problems are solved with LUMI. To give you some idea of the wide range of issues that could be addresses using LUMI’s resources, we foresee that LUMI will help remarkably with the following kinds of research questions:

Each consortium country has a share of the resources based on the country’s contribution to the LUMI funding. The shares for each of the countries will be allocated according to local considerations and policies – so LUMI will be seen and handled as an extension to national resources.

The LUMI shares belonging to the EuroHPC JU will be allocated by a peer-review process (comparable to that used for PRACE Tier-0 access). In addition, up to 20% of the EuroHPC resources will be available to industry and SMEs.

By partnering with European research groups and/or companies, the EuroHPC resources will be available to non-European research projects as well. (Note that the Principle Investigator for any projects that apply for time on LUMI will need to be based in the EU or an associated country.)
The peer-review and application processes are still under negotiation and further details will be announced later closer to the opening of LUMI.

The resources of LUMI will be allocated for projects in terms of three different pools: GPU-hours, CPU-hours, and storage hours. All users of the system will have the access to the whole system in accordance with batch job policies, i.e. there will be no dedicated hardware for any of the partners.

LUMI will also have a channel for urgent computing. This, so called “director’s share”, type of allocation will allow to grant some of LUMI’s resources on an ad hoc basis for time- and mission-critical simulations. This kind of simulations might be, for example, related to national or EU security, or some massive disturbance affecting the partner countries, for example a large epidemia or pandemic disease.

How fast is LUMI?

When installed and launched in the beginning of 2020, the LUMI supercomputer in Kajaani, Finland, will have processor peak computing power of over 200 petaflop/s or 0.2 exaflop/s. In other words, about ten times more powerful than the most powerful supercomputer currently in Europe.

LUMI’s computing power is equivalent to the combined performance to 600,000 of the latest MacBook Pro computers. These would form a 9.3-kilometer tower!

Its data reading speed from disk to memory corresponds to the simultaneous operation of 18500 Blu Ray players.

How big is LUMI?

The size of the LUMI supercomputer will depend on the vendor. It has been approximated that with some solutions, LUMI would be the size of a basketball court (~450m2 footprint), and some vendors offer smaller solutions.

CSC data center has reserved 2200 m2 of floor space for the installation and the data center is expandable up to 4600 m2. 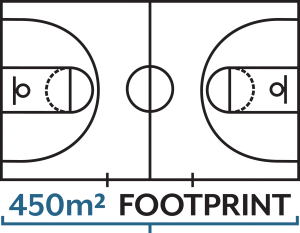 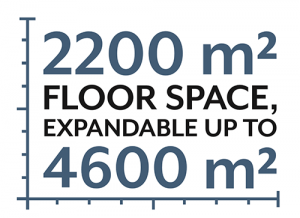 What is an exaflop?

When installed and launched in the beginning of 2021, the LUMI supercomputer in Kajaani, Finland, will have processor peak computing power of over 200 petaflop/s or 0.2 exaflop/s. In other words, about ten times more powerful than the most powerful supercomputer currently in Europe.

How will LUMI handle big challenges of the future e.g. possible pandemics?

LUMI will for example speed up the development of new medicines and the simulation of different viruses, and finding cure to them will be much faster.

If there will be new pandemics or other similar phenomena where time- and mission-critical simulations are related to national or EU security, or some massive disturbance affecting the partner countries, LUMI will have a “director’s share” type of allocation which will allow to grant some of LUMI’s resources for urgent computing. Also LUMI’s national allocation pools may be used for urgent operations which have a high societal impact.

A supercomputer requires supercooling, how do you handle this?

LUMI will use warm-water cooling, which enables its waste heat to be utilized in the district heating network of the city of Kajaani, and thus replaces heat produced by fossil fuels.

The waste heat from LUMI that can be used in Kajaani’s district heating network is equivalent to up to 20 per cent of the energy that Kajaani needs to use in the area’s district heating. This reuse of waste heat will reduce the annual CO2 footprint of Kajaani by 13,500 tons – an amount that equals the output from 4000 passenger cars.

The need for cooling is also reduced by the fact that the outdoor temperature and, as a result, the building’s thermal stress is much lower in Kajaani than what it would be in Southern Europe, for instance.

The carbon footprint of the supercomputer is further decreased by the fact that it can be placed in an existing building near existing infrastructure.

Three important things which everyone should know about supercomputers?

The lifetime of a supercomputer is typically from four to six years.