The waste heat from the data center to be built for the LUMI supercomputer in Renforsin Ranta business park in Kajaani, Finland, will account for about 20 percent of the district heating in Kajaani and will reduce the entire city’s carbon footprint.

Loiste Lämpö and CSC – IT Center for Science Ltd. have signed an agreement concerning the construction of a district heating connection for a data center that will be built for the LUMI supercomputer and the utilization of waste heat the computer produces. According to the agreement, the data center, which will start operating at the beginning of 2021, will collect the heat generated as a by-product of its operations, which Loiste Lämpö will then transfer to its network to heat homes and commercial premises in Kajaani.

– The location of an eco-efficient data center in Kajaani is the result of long-term negotiations between several partners. This is a significant climate act we are taking together with our customers and it will have a positive impact on the entire city’s carbon footprint. In addition, the project will create jobs in the Kajaani region, says Loiste Lämpö’s CEO Heikki Juntunen.

– Reducing the carbon footprint is a globally critical target, to which the location of the EuroHPC machines have a huge impact, as supercomputers consume plenty of electricity. The advantages of Kajaani are the use of renewable energy and the possibility of hot water cooling, thanks to which the waste heat released from the data center can be utilized in Kajaani’s district heating network. CSC’s data center uses environmentally friendly electricity produced from renewable energy sources, which together with the utilization of waste heat reduces both the carbon footprint and the electricity bill, says CSC’s Managing Director Kimmo Koski.

The computing power of the LUMI supercomputer is needed to conduct cutting-edge research in a wide variety of data- and computation-intensive disciplines, such as materials science, fusion research, pharmaceutical research, and climate research. There are a number of significant research problems in these areas that cannot be addressed without significantly higher computational capacity than what is available at present.

Most of the district heat supplied by Loiste Lämpö is produced in Kainuun Voima’s (KAVO) cogeneration plant. Production is based on cogeneration of electricity and heat, where the energy content of the fuel is utilized very efficiently. In addition, district heating almost invariably generates fewer emissions than property-specific heat production. In 2019, renewable energy sources and slowly renewable peat accounted for 90–95 percent of Kajaani’s district heating energy sources.

Loiste Lämpö
Loiste Lämpö Oy, part of the Loiste companies, is responsible for the transmission, distribution and sale of district heat in the urban area of Kajaani. It is also responsible for the maintenance and operation of the heating plants it owns. In 2019, a total of 282 GWh of district heat was sold to consumers, retail premises, companies and housing associations and a total of 319 GWh was generated.

CSC – IT Center for Science Ltd.
CSC is a Finnish center of expertise in ICT that provides world-class services for research, education, culture, public administration and enterprises, to help them thrive and benefit society at large. 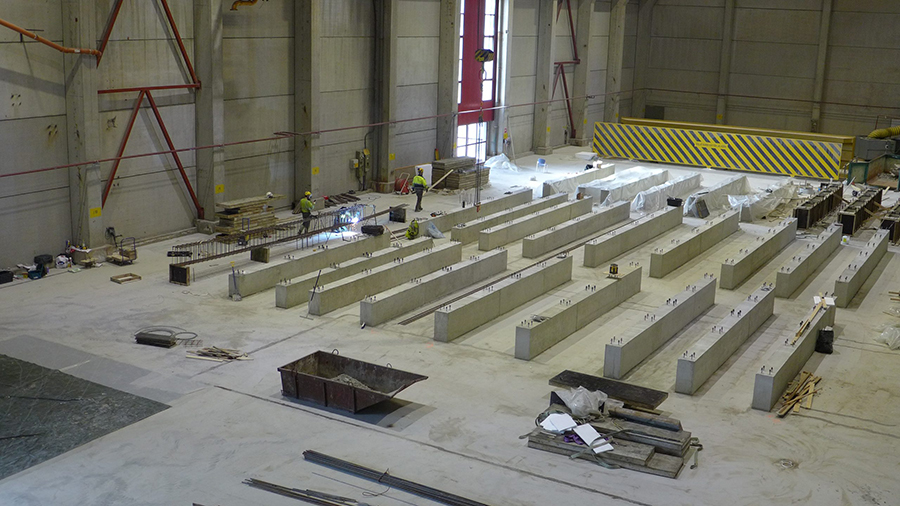 Picture from the construction site of the LUMI data center in Renforsin Ranta in the city of Kajaani, Finland. Picture: Esa Heiskanen / CSC.